To go or not to go? Traveling to Cuba and the situation on the ground 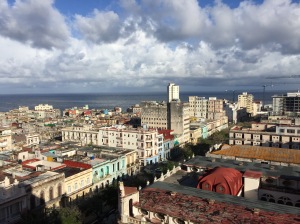 I’ve fielded quite a few questions in recent months about the advisability of travel to Cuba, given the stories that have been in the news: Hurricane Irma, the “sonic attacks,” and the new restrictions put out by the Trump administration.

Is it no longer possible/advisable/comfortable for Americans to travel to Cuba? Fresh from a wonderful contemporary Cuban art trip with my friend the painter Eric Aho and a group of ten intrepid travel companions, I’m finally in a position to report. 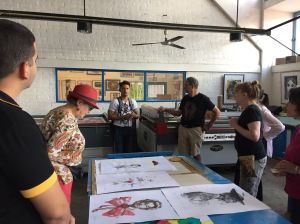 We had no problems with U.S. airport authorities, though we were asked for “paperwork” demonstrating that we were part of an educational group that was in compliance with the new regulations. I showed them our working itinerary, which was all they needed to see. Otherwise there were no barriers on the US side. For a summary of the new regulations, click here.

The flights down and back were nearly empty, a rare experience these days. You could stretch out on the seats, and there was plenty of room in the overheads. It made for an unusually easy and pleasant flight, though one couldn’t help feeling a little regretful on behalf of the many Cuban entrepreneurs who’d staked their futures on the openings for independent travelers under Obama—which have proved all too fleeting, from their perspective, under his successor. 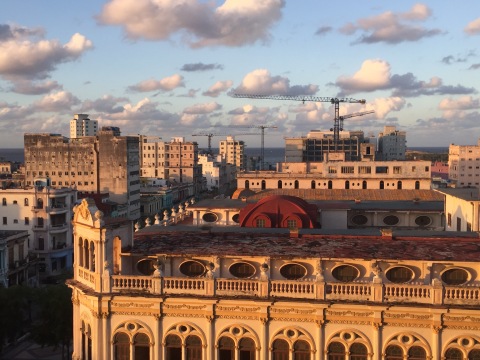 Construction cranes for two grand new hotels on the Prado are a sign that Cubans are still betting their future on tourism, despite Trump

In Havana, little has changed. Arriving in the city is always exhilarating: that feeling of being launched back in time, or at least to a place like nowhere else in the world. There is little visible damage left over from Hurricane Irma, and even less evidence of any effect of the so-called “sonic attacks” on diplomatic workers that have been reported in Havana (and more recently in Uzbekistan). The precise nature of these highly isolated incidents is unknown, what might have caused them, or even whether they were indeed attacks. Many Cubans I’ve spoken to are skeptical. 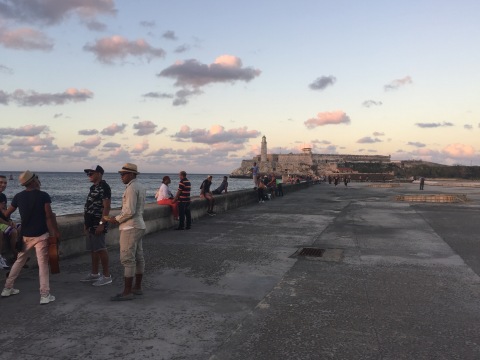 These Cubans didn’t seem bothered by news of “sonic attacks”

In any case, there’s little evidence of nefarious events on the streets of Havana, where life goes on as normal. Uniformed schoolkids on the Prado playing soccer. Musicians and roller-bladers and lovers on the marble benches. The usual fishermen on the Malecón. Old cars in the street, families riding on motorcycles with sidecars, jineteros pushing cigars. People going about the business of daily life. 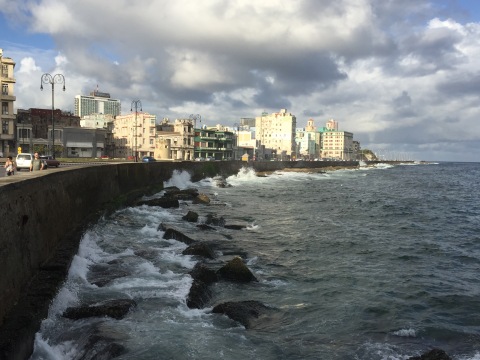 The main difference I could see is that there are so many fewer Americans on the streets than a year or even six months ago. Entrepreneurs have had to adjust their expectations, but there are still plenty of international tourists, so the situation isn’t as desperate as you might think. It’s a palpable slowdown, but everything hasn’t come grinding to a halt. Perhaps the Cubans don’t need us as much as we like to imagine. 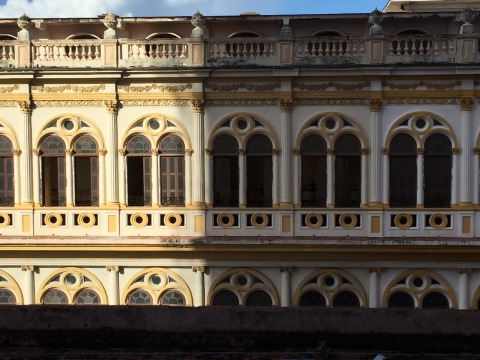 If you look very closely, you can see the ballet dancers behind some of the open windows

One day I got a little stomach bug and spent the day writing, going for short walks, and lounging around in my third-floor hotel room, which had a view into a dance school. I could peer through the breeze-ruffed curtains and watch the young dancers practice all day, reminding me again why I keep coming back to Cuba: the inspiration of being surrounded by people who take pride in their work – whether they are dancers, musicians, painters, mechanics, taxi drivers, fishermen or street sweepers. People who as a result of hard and disciplined daily practice are good at what they do, and find joy in that and in the textures of daily life. People of great, unflappable dignity who remain cheerful and friendly despite obstacles and hardships that are impossible to conceive for those of us that didn’t live them. 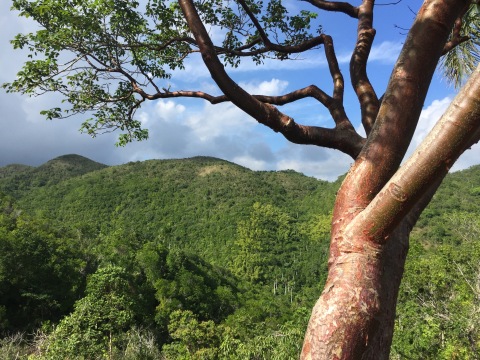 In this way as in many others, little has changed in Cuba. It’s still an architectural time capsule, a cultural and natural environment of astounding richness and beauty. It’s still as fun, interesting, and inspiring as ever for the traveler, whether you’re returning or visiting for the first time. 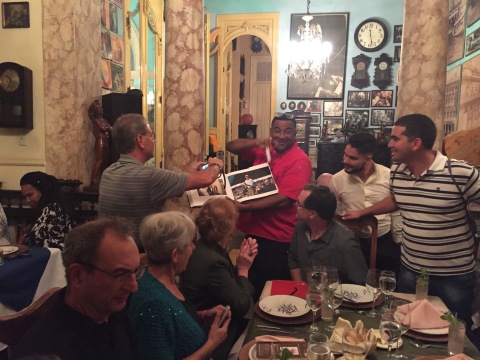 A trip to Cuba at this moment in history is an act of resistance against those who would impinge on our freedom to travel, and in the process damage the fortunes of the same free-market pioneers the new policies claim to support. More importantly, it is a chance increase the bonds of friendship between ourselves and our brothers and sisters on this special island.

Now is as great a time as ever to travel to Cuba. Read more about the options for doing that here.

You are currently reading To go or not to go? Traveling to Cuba and the situation on the ground at Tim Weed.