Back to Tierra del Fuego and Patagonia 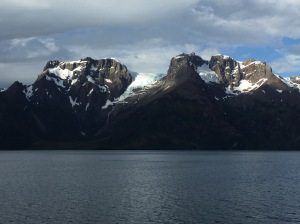 It’s been a few years, and I’m thrilled to be returning to one of my favorite regions on the planet with National Geographic Expeditions’ Exploring Patagonia program. This season I’m slated to accompany two trips: one in November, 2017 and a second in January, 2018. We’ll be cruising through Tierra del Fuego in a small, expertly crewed, Chilean-owned ship, the M.V. Stella Australis. We’ll embark from Ushuaia, the world’s southernmost city, round Cape Horn, and make our way up through the Magdalena Passage and the Agostini Sound, taking advantage of daily Zodiac landings to explore Hornos Island, Wulaia Bay, glaciers, and penguin colonies. Fantastic!

The Stella Australis will then drop us off in Punta Arenas, Chile, and we’ll head up to the stunning wilderness of Torres del Paine, where we’ll have daily opportunities to wander, both on foot and horseback. We can expect to see guanaco, rhea, Andean condor, many other bird species, and possibly even a puma or two. But it’s the vastness and sublime beauty of these wilderness landscapes that is the true highlight here. This part of the world is one of the least densely populated on earth, and it’s never short of inspiring! 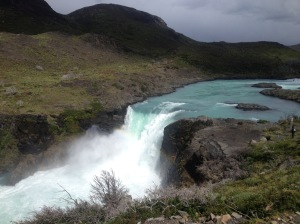 I’m excited to be leading the educational aspects of the program in my role as National Geographic’s “featured expert.” Other than informal group interactions the main element of this task is to give a series of illustrated talks: an intro to the history and geography of the region; Charles Darwin and the Voyage of the Beagle; American artist and adventurer Rockwell Kent; Ivon Chounard, Douglas Tomkins and “los Fun Hogs.” 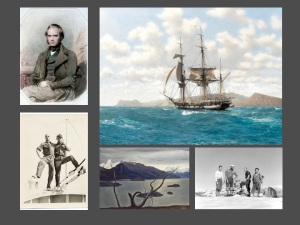 I’ll also be giving a brand new talk that I’m thrilled to debut in Patagonia, in which I’ll attempt to make sense of the links between travel, fiction, place-based writing, all in the context of this strange hybrid career of mine.

If you’re signed up for either of these trips, I look forward to traveling with you. If not, stay tuned: there are likely to be similar opportunities in the future!

§ 2 Responses to Back to Tierra del Fuego and Patagonia

You are currently reading Back to Tierra del Fuego and Patagonia at Tim Weed.