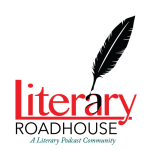 A heartfelt thanks to Anais Concepción, the smart & effervescent host of Literary Roadhouse, a weekly podcast on a public-domain short story. It’s a fun and lively podcast with the noble mission of celebrating the short story form, and I had a very good time hosting a recent episode on Edith Wharton’s masterpiece, “Roman Fever.” You can listen to the podcast here—and to a wide-ranging follow-up conversation on video between Anais and me about nature,  Will Poole’s Island, a career combining writing and travel, National Geographic, Cuba, my goals of as a teacher of writing, the need to break writing “rules,” new writing projects, history as a foreign country, escapism, and more. Watch the video interview here.

New historical fiction article up at The Grub Daily

My two part writing craft article, “Narrative as Time Machine: Five Tools for World Building in Historical Fiction” is now up at The Grub Daily.

The article grew out of a talk I gave at Grub Street’s fantastic Muse and the Marketplace conference in May, 2014, and analyzes key excerpts from great historical fiction novels such as The Age of Innocence, The English Patient, Cold Mountain, The King Must Die, and more.  If this sounds interesting to you, click here. Hope you enjoy it!

Very excited to be heading down to Boston tomorrow morning for Grub Street’s annual Muse & The Marketplace conference. I don’t attend many writing conferences, but I’ve been lucky enough to have participated in this one for the last two years and it’s very, very good. Grub Street is somehow able to attract such a smart and friendly crowd of writers, agents, editors, and various others associated with this business of putting words on paper to enrich and enliven our world.

Also exciting: this year will be my first as a presenter, or “Special Guest,” in the official parlance. I’ll be giving a talk called “Narrative as Time Machine: The Art of World-Building in Historical Fiction.” The talk will feature excerpts from some of my favorite works of historical fiction, including Edith Wharton’s classic The Age of Innocence, Mary Renault’s The King Must Die, James Welch’s Fool’s Crow, Charles Frazier’s Cold Mountain, and Michael Ondaatje’s The English Patient. Very much looking forward to it!

While there, I’ll have a chance to run a couple of works-in-progress by a few agents and editors, and, perhaps most exciting of all, I’ll be bringing along (and giving away) several advance readers’ copies of my new novel, Will Poole’s Island, which has an official release date of August 15, 2014, and which, ahem, can now be pre-ordered on Amazon. Wish me luck!

You are currently browsing entries tagged with Edith Wharton at Tim Weed.