On Ticking Clocks and McGuffins: Using Genre Tropes in Fiction 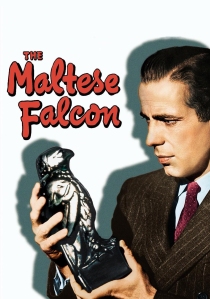 What’s the difference between genre conventions and genre tropes?

Genre conventions are sine qua non expectations, almost like “rules,” for the content of novels in certain publishing categories. Authors are well advised to understand genre conventions, whether or not you’re writing in what is traditionally thought of as a “genre.”

But this is not our focus today. Our focus today is genre tropes: little useful machines or plug-ins that can be used in any kind of story. Think of them as widgets or dynamos that can be added to your fictional narrative in order to make it work more efficiently and/or give it more zoom. Careful, though. Here’s the Merriam-Webster definition of a trope:  “a common or overused theme or device: cliché tropes.”

At the risk of contradicting such an esteemed authority as Merriam-Webster, it’s important for fiction writers to understand that tropes are not necessarily clichés. They can be clichés, but they can also be of great help in making stories more suspenseful or resonant. If you think of a writer as an engineer, tropes are like prefabricated factory parts; they’re like batteries or spring-lock mechanisms or carburetors or silicon chips. They’re only clichés if they’re not used in an interesting way, as part of a fresh and original story.

Here are some common genre tropes that can be useful for any kind of fiction:

In For Whom the Bell Tolls, Robert Jordan has three days to live, and the bridge must be blown by the third day in order to coincide with the Republican attack. In The Lord of the Rings, the ring of power must be destroyed before the lord of Mordor finds it. In the opening sequence of The Goldfinch, the protagonist has to get out of the museum with the painting before the rescue workers come back.

The “clock” in your story doesn’t necessarily have to be ticking fast; it can simply define the bounds of the narrative. Your character wakes up, and the story takes place over the course of one day. That day is the clock. Your character has to get ready for an office Christmas party. The clock is the time between the beginning of the story and the party. If you think about it this way, just about every story has a clock. But a ticking clock is great for suspense, because it adds urgency to whatever quest or problem your protagonists are trying to get through.

This is an all-purpose term for a motivating element, usually a physical object, that is used to drive a plot. It need serve no further purpose nor carry any deeper meaning—it just has to be extraordinarily desirable. In some cases, the McGuffin won’t even be shown. It is most commonly a mysterious package or artifact that everyone in the story is chasing. The archetypal McGuffin is the ancient falcon statuette in Dashiell Hammett’s The Maltese Falcon. Yes, the statuette is worth a lot of money, but it’s precious in more important ways than that: it’s rare and physically beautiful, and it has a great deal of fascinating history and backstory behind it.

Another example, lest you think that use of the McGuffin is limited to “genre” fiction, comes from recent Pulitzer Prize winner Anthony Doerr’s All the Light We Cannot See:

“From the molten basements of the world, two hundred miles down, it comes. One crystal in a seam of others. Pure carbon, each atom linked to four equidistant neighbors, perfectly knit, octahedral, unsurpassed in hardness. Already it is old: unfathomably so . . . Century after century. Rain, wind, cubic miles of ice. Bedrock becomes boulders, boulders become stones; the ice retreats, a lake forms, and galaxies of freshwater clams flap their million shells at the sun and close and die and the lake seeps away. Stands of prehistoric trees rise and fall and rise again in succession. Until another years, another day, another hour, when a storm claws one particular stone out of a canyon and sends it into a clattering flow of alluvium, where it eventually finds, one evening, the attention of a prince who knows what he’s looking for.”

See how the value of this McGuffin reaches far beyond the monetary? The whole story is in some way structured around the search for this incredibly valuable diamond, which is known as the Sea of Flames:

“Three replicas. Plus the real stone. Somewhere on this planet among its sextillion grains of sand.”

Do you have a McGuffin in any of your stories? Might it be helpful to insert one?

Another genre trope that’s useful as a character motivation is one I like to call Accumulating Treasure. It’s very basic: the protagonist collects things of value, and the reader roots for him or her to collect more if it. These are the riches in a “rags to riches” story. But the stuff in question doesn’t have to be gold or jewels. For example, in the Harry Potter series, there’s a system of points awarded to each of the four houses when they accomplish something worthy or admirable; it doesn’t necessarily mean anything in the context of the larger story, but it gives the reader a reason to root for Harry and his friends. Another example: the clues in the on-line game at the center of Ernest Cline’s recent novel, Ready Player One. Video games often use the Accumulating Treasure trope, but that’s no reason for fiction writers to disavow it. It helps strengthen motivation, and it gives readers one more reason to root for a protagonist. We want to see him or her succeed.

Examples of other common genre tropes include The False Friend, The Red Herring, The Cliff Hanger, The Death Trap, the Band of Brothers, Play Within a Play, The Destructive Romance, Deus ex Machina, the Unreliable Narrator, The Tragic Mistake, and Wretched Excess. One could go on – there are multitudes of tropes. These tropes don’t come with copyrights. They are at your disposal. You can use them in a number of ways, including to help you outline your plot, to help you understand your characters, or, in revision, to add extra punch to lagging narrative tension. In any case, if you want to use a narrative trope, it makes sense to study how other writers have used it. Then figure out how to use it yourself in a fresh and original way.

Familiarizing yourself with a range of genre tropes can add to your power and range as a fiction writer. The more familiar you become with tools such as these, the more likely it is that you will be able to control your own creative destiny, as opposed to letting that destiny control you.